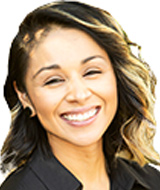 Cecilia Camacho also known as ‘CC’, was born in Chula Vista, California, she comes from a Mexican family, with three other sisters & considers mom and dad her biggest examples in life. Bilingual, ‘CC’ grew up in small city called, Tecate, in Baja California Mexico, completed most of her education including University, in Baja California, Mexico, then started education in the United States in the year of 2013 at Cuyamaca College. Graduated on June 2017 with an Associate Degree in Humanities & Fine Arts. Her passion about the medical field became to grow as in the daily life she had to deal with emergency situations that included her family, as she was the one who had to take care of it without any help, then realized she had some qualities to learn more about the medical field. ‘CC’ is a proud graduate student from PIMA Medical Institute, graduated on September 2019 as a Medical Assistant. She is always ready to learn and willing to help others. She completed her externship at a family practice where she had the chance to interact with patients of all kind which was the most exciting part of it, also taking patient vitals and performing different tasks such as; injections, EKG’s, urine tests and more. ‘CC’ is a very energetic and positive person, besides being in the medical field she is a mountain bike rider, she has been riding for almost six years, competing in national & international bike races, she had the championship of three different seasons during her bike career, she also likes to play guitar, paint, listen to music, going to concerts & hike. She considers love, trust and unity the key to success

‘CC’ joined ‘The Hosalkar Institute’ in October 2019 and works as a medical assistant and case manager.