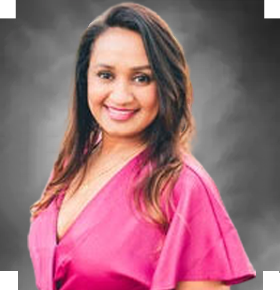 Dr. Preeti Mehta is a board certified internal medicine physician and practices Hospital Medicine at Scripps Health. Dr. Mehta is a San Diego native. She trained at Tufts University in Boston and worked at Massachusetts General Hospital/ Harvard Medical School before relocating to San Diego for good. She has worked at Scripps Memorial Hospital Encinitas and La Jolla and practices primarily at La Jolla now.

Dr. Mehta has dedicated her career to clinical medicine and has developed an interest in administration. She has taken on several leadership roles over the past decade. She was on the executive committee of San Diego Association of Physicians of Indian Origin and served as the President. She is currently the chairwoman of Medicine at Scripps Memorial Hospital, La Jolla. She serves on the board and executive committee of San Diego County Medical Society in order to support and give back to the doctors who work tirelessly to serve their patients. She has a passion for physician wellness and is on the physician well-being committee at the Medical Society and at Scripps Memorial Hospital, La Jolla. She is on the board of Champions for Health, which provides medical services to the uninsured population of San Diego. She volunteers with several organizations affiliated with the National Charity League. She has been nominated as one of San Diego’s Tops Docs for several years in the past.

In her free time, she loves to travel and enjoys tennis and pickle ball. She enjoys Shakespeare and is a frequent patron of the Old Globe. When she is not a busy clinician and mother, she relaxes with her 2 furry rescue pups and Ingrid Michaelson playing in the background!